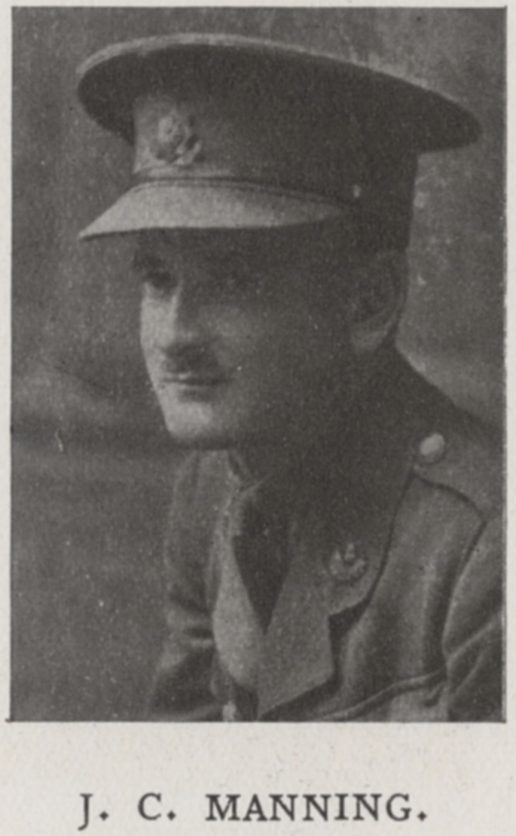 Born on November 4th 1891, John was the son of Barbados-based merchant Samuel Manning and his wife, Alice. He came to the College in September 1905, by which point his elder brothers, Arthur and Herbert, were both already OAs. During his three years at the College he was a boarder in Ivyholme. After leaving in the summer of 1908 he went up to Gonville & Caius College, Cambridge, and in 1911 earned a 2nd Class in Law. He went on to return to Barbados, where he set up as a barrister, and was not without success.

John returned to England in 1915 and spent time training with the Inns of Court O.T.C., based at Berkhamsted. In September 1916 he was gazetted to a commission in the Cheshire Regiment, and went over to the continent with them that December. Two months later, on February 17th 1917, he was hit by a sniper whilst in the trenches near Ypres, dying later that day and being buried at Bailleul. He was survived by his widow and their child. 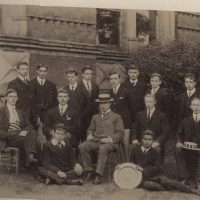