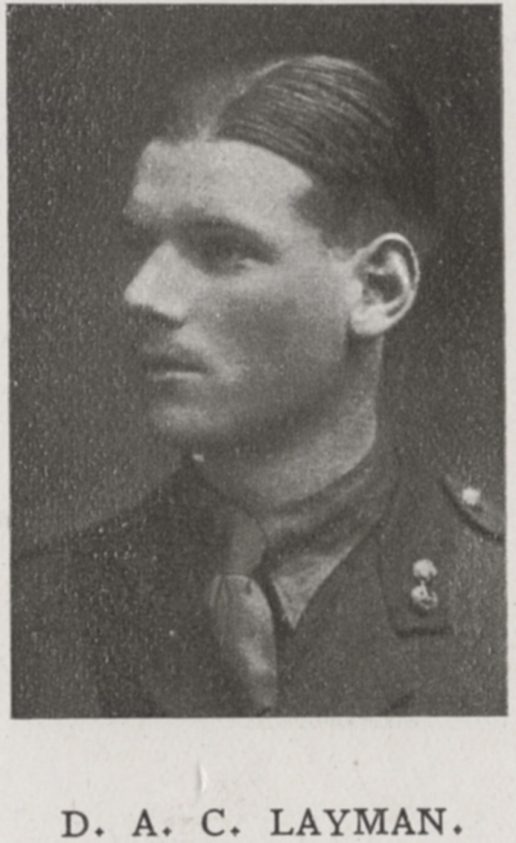 Douglas was born on August 16th 1893, the elder of two sons who were amongst seven children born to jeweller Arthur Layman and his wife, Alice. He spent over seven years at the College, between the beginning of 1906 and April 1913, and in his final autumn had been a member of the 2nd XV. From Dulwich he went on to St. Thomas’s Hospital, studying medicine as his maternal grandfather had done.

In October 1914, two months into the war, Douglas left St. Thomas’s to go to France, where he spent a month working in a base hospital. That November he joined the Indian Medical Service and spent the next nine months serving as assistant-surgeon aboard the hospital ship H.M.H.S. Glengorm Castle. In the late summer of 1915 he decided that he wanted to become a combatant, and that September took a commission in the Lancashire Fusiliers. He went over to France the following January, and was killed on February 22nd, shot through the head on his first day in a front-line trench. 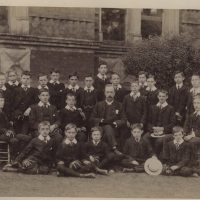