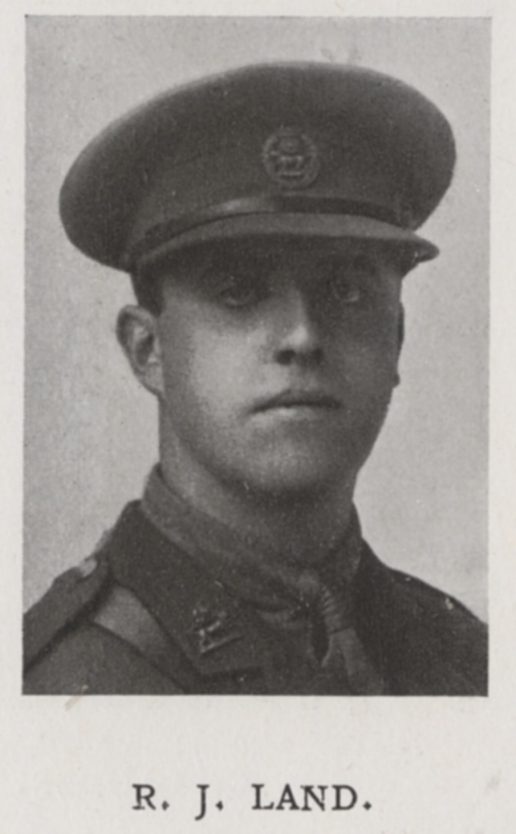 Born on July 20th 1888, Ronald was the youngest son of Edward Land, a manufacturing agent and member of the Fishmongers Livery Company, and his wife, Alice. He came to the College from the Prep in the summer of 1901 and left at the end of 1902 in order to attend St. Paul’s. Nine months later however he was back for a second stint at Dulwich, this one lasting from September 1903 until April 1905, leaving at that time whilst a member of the Science Fifth. After leaving the College he went on to spend time working as a clerk in a cinematography company.

In January 1915 Ronald joined the London University O.T.C., going on to take up a commission in the York and Lancaster Regiment that June. He went over to France for the first time in May 1916 and was posted at the front for the next six months before being invalided home that October, having been wounded on the Somme. Upon his recovery he was attached to the Machine Gun Corps, and, after spending several months in Grantham, Lincolnshire, returned to the continent in December 1917. He was in command of a Machine Gun Battery at Lagnicourt when he was killed in action, on March 21st 1918, during an enemy artillery barrage. He was survived by his widow, Gladys. 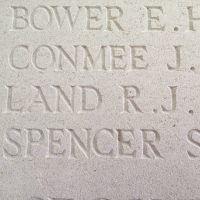