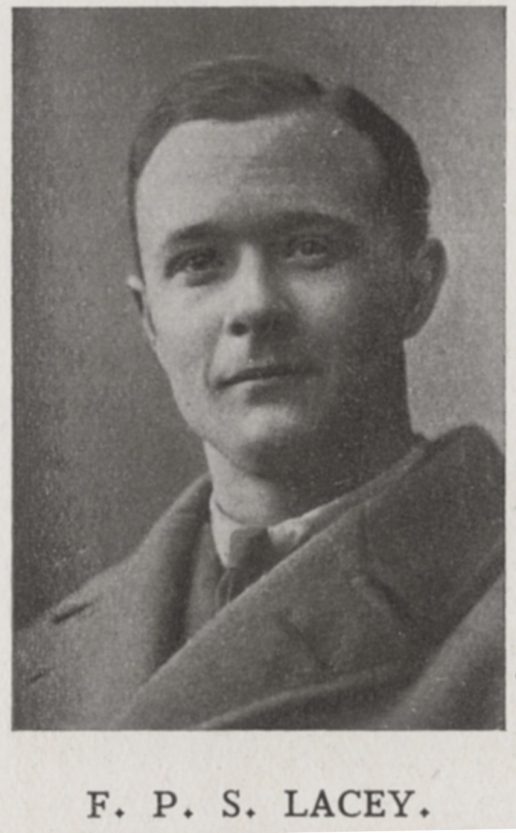 Frank was born on July 22nd 1891, the third of four sons of engineer Ernest Lacey, himself an OA, and his wife, Emma. He spent three years at St. Paul’s Prep School, before, in September 1903, coming to the College where he would be joined shortly afterwards by Robert, one of his elder brothers. Frank was at Dulwich for almost five years before leaving in the spring of 1908 and taking up a position in his father’s engineering firm. After spending some months working there, in the drawing office, he went to Manchester, where he took an apprenticeship with another engineering firm, Browett & Lindley, while at the same time attending courses at Salford Technical College. Upon completing his studies, he returned to his father’s firm in 1911, and was involved in many and various projects, largely related to electrical engineering and construction.

In October 1914 Frank enlisted for military service, taking up a commission in the Royal Garrison Artillery, and was posted overseas for the first time, to Gibraltar, the following February. In January 1916, after almost a year of service on Gibraltar, he was invalided back to England, having suffered a serious bout of sunstroke. That March, while still in England, he took a position working with the Ministry of Munitions, before, at the end of the year, requesting a transfer to the Royal Army Service Corps. In February 1917 he went out to East Africa with his new unit, and after the completion of the campaign that summer, spent time serving as chief engineer of the base at Kilossa. In January 1918 he transferred once more, this time to Egypt where, after a short course at the School of Military Aeronautics, he was attached to the Royal Flying Corps at Suez. Not long afterwards he fell seriously ill once again, this time with pleuro-pneumonia, from which he passed away on March 29th 1918. 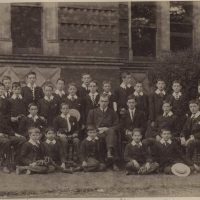