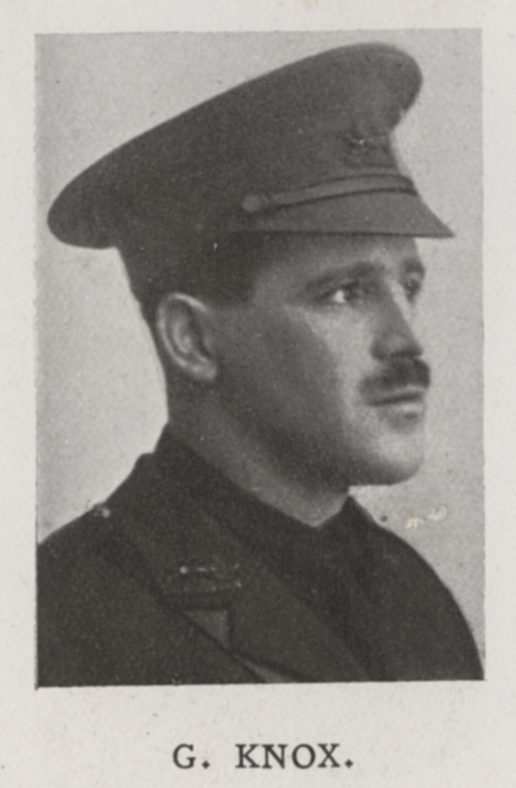 George was born on September 11th 1881, the fourth child of an Irish couple, a distiller’s agent also named George Knox and his wife, Agnes. He joined Dulwich in April 1883 and was at the College for the next six years, leaving at Easter 1899; his final winter was spent playing as a regular member of the 2nd XV. After finishing school, he spent some time travelling in South America and on his return went into business in the City of London.

Four months after the declaration of war, in December 1914, George took up a commission in the 8th Battalion of the Royal Lancaster Regiment, and spent the following year in England, undergoing training at Bournemouth, Winchester and Aldershot. In January 1916 he was attached to the 6th Battalion, and sent to Mesopotamia, something which disappointed him, as he would rather have gone to the Western Front with the rest of the 8th Battalion. On April 9th that year he was killed in action whilst leading an assault on a Turkish position near Sana-i-Yat .Having received a serious leg wound he persevered, only to be killed shortly afterwards when hit in the head.