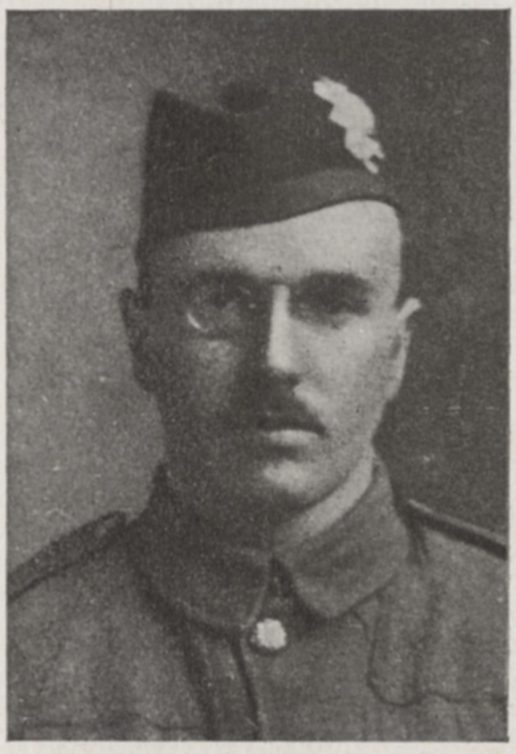 Gustav was born Gustav Adolph Koenigsfeld on the 8th of May 1883, the only son of a merchant, also named Gustav Koenigsfeld, and his wife, Helene, both of whom were naturalised British citizens who had originally been born in Germany. He started at the College in the summer of 1897, not long after his fourteenth birthday, and remained at Dulwich for the next two years, leaving in the summer of 1899 whilst in the Modern Remove. He went into business as a commercial clerk, and ultimately set up as a merchant on Queen Victoria Street, in the City. In October 1914, shortly after the declaration of war, he changed his name by deed poll, revoking the surname Koenigsfeld and announcing that he would henceforth be known as Gustav Kaye.

In late 1915 Gustav volunteered for military service, enlisting as a member of the Black Watch, with whom he went over to France for the first time the following June. He spent the following several months on the front lines before falling seriously ill with pneumonia that December. He spent months in hospital at Boulogne, before being invalided back to England in the early summer of 1917. After spending a short time convalescing in Norwich and later Hunstanton he rejoined the 7th Battalion of his regiment, and was sent to Ireland for a time, before returning to France that autumn. He was killed in action at Bourlon Wood, near Cambrai, on March 21st 1918, six weeks short of his thirty-fifth birthday.