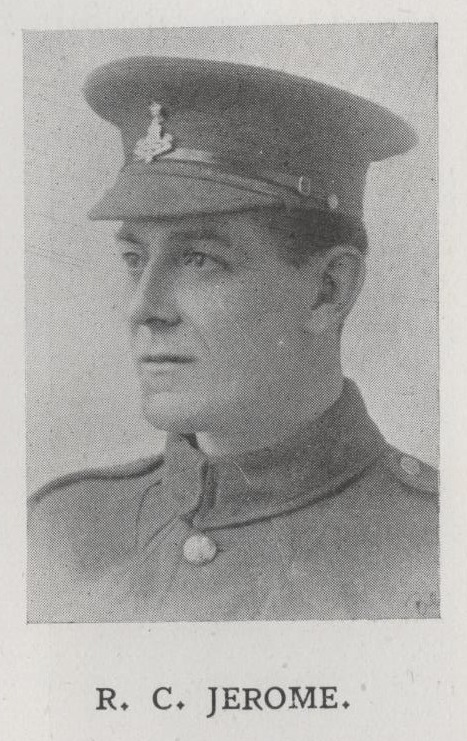 Born on February 15th 1888, Ralph was the son of solicitor Charles Jerome and his wife, Elizabeth. He spent time at Malden College, in New Malden, and Merchant Taylors’ School, before coming to Dulwich in April 1902. He only spent three months at the College, before leaving that July, and subsequently going on to Margate College in Kent. After finishing his education he enlisted in the Yorkshire Regiment, and during his time in service was stationed around the world, including in Egypt, Khartoum, and the Punjab. In February 1914 his term of service expired, and he was granted an honourable discharge.
When war was declared that summer, however, Ralph was called to return to his regiment, and subsequently went over to France with them that November. Five months later, on March 12th 1915, he was killed in action near St Aubers, during the Battle of Neuve Chapelle. His elder brother, Cecil, who was not an OA, also fell in the war.