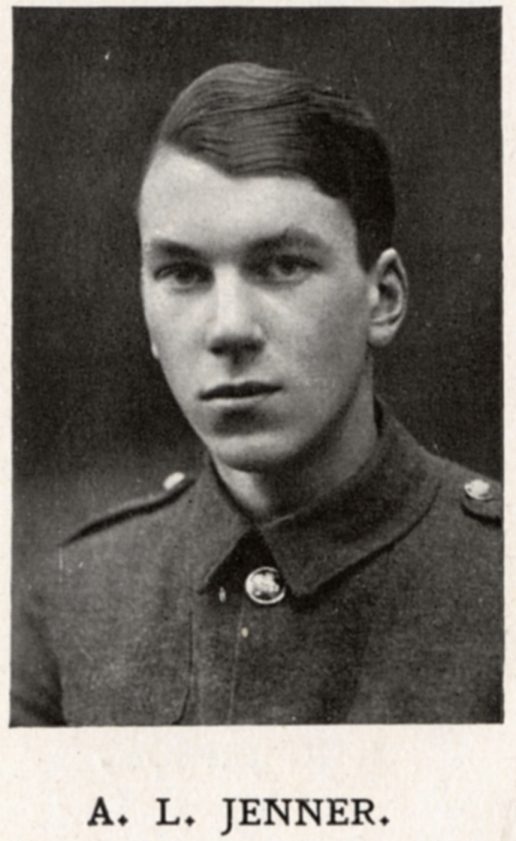 Alfred was born on January 13th 1898, the only son of a brewer, also named Alfred Jenner, and his wife, Ada. Shortly after his third birthday his father passed away, and he and his younger sister, Nora, were brought up by their mother. He came to the College in the summer of 1911 and was subsequently at Dulwich for the next three and a half years, leaving at Christmas 1914, having most recently been in the Modern Upper Fifth. Having left school he spent a time in his father’s old trade of brewing.
In 1916 Alfred enlisted in the Honourable Artillery Company and went on to spend the rest of that year stationed in England. At the end of January 1917, mere days after turning nineteen – the minimum legal age for overseas service – he was sent the continent for the first time and attached to the 1st Battalion, stationed near Albert. After only a few weeks at the front he fell seriously ill with pneumonia to which he succumbed on March 11th whilst in hospital at Dernaucourt.