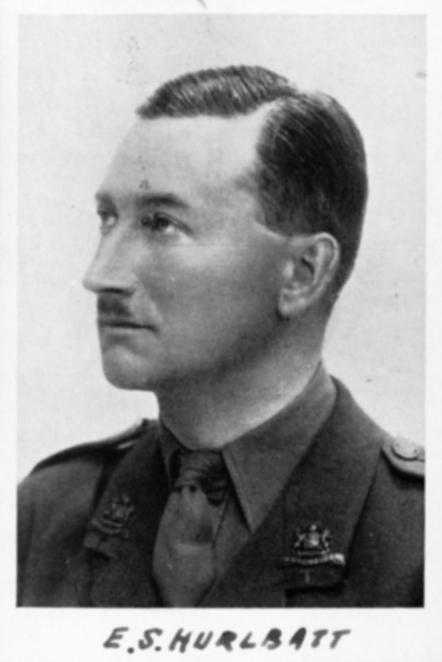 Born on October 10th 1877, Edgar was the son of mining engineer Charles Hurlbatt and his wife, Sophia. He came to Dulwich at the beginning of 1888, having previously attended Amesbury School, and was the middle of three brothers to come to the College. He left at the end of 1891, only to return the following summer for a further two and a half years. He spent the summers of 1893 and 1894 in the 1st XI cricket side, before leaving for good at the end of 1894. He subsequently joined the engineering firm Dick, Kerr & Co. and held positions for them all around the world, in such exotic locations as Barcelona, India, and Sunderland. He eventually settled in Manchester where he acted as their agent for many years.
In December 1914 Edgar was gazetted to a commission in the Manchester Regiment and later promoted to Lieutenant in June 1916. He spent time serving as Brigade Musketry Officer,before being sent over to France for the first time in early 1917. In August that year he was appointed Captain and shortly afterwards awarded the M.C., citing his “skill, hard work and utter disregard of danger” which helped to hold together difficult parts of the line throughout that spring. By October, during Passchendaele, he had been promoted once more, to Lieutenant-Colonel, and would be mentioned in dispatches for his role during that engagement. In December he even spent a short time as acting Brigadier-General, in command of the 199th Brigade, before the following February being placed in command of the 66th Divisional School of Instruction. A month later however he returned to the front and was in the thick of the heavy German attack on the Somme that March. On March 27th 1918 he was killed during a German counter-attack on the village of Vanvillers, upon which he had just led a successful assault. 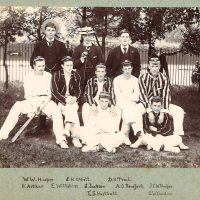