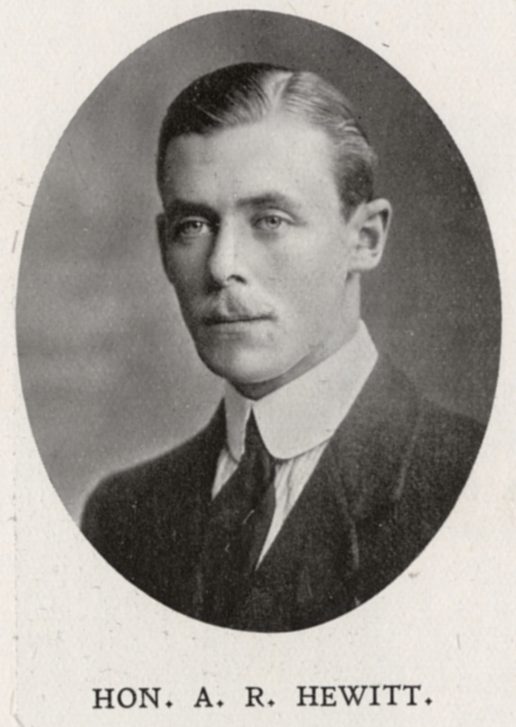 Rodney was born in Devon on May 25th 1883, the younger son of Archibald Hewitt, 6th Viscount Lifford, and his wife Helen, Viscountess Lifford. He spent two years at Dulwich, joining in 1899 and leaving in the summer of 1901, and after the College went to Sandhurst. He was there for a year before passing out in October 1902 to take up a commission in the East Surrey Regiment. He was stationed in Ireland for most of the next decade, seeing promotions to Lieutenant in 1904 and Captain in 1910. Shortly after the latter of these he was also appointed Adjutant, a post he was to hold for the next three years.
When war began in the summer of 1914 Rodney and his regiment were part of the first wave of British troops sent to the continent, being present throughout the retreat from Mons. He was particularly commended for his service during this period, being mentioned in despatches twice as well as being awarded the D.S.O., in honour of his command at Le Cateau. On September 9th, during the Battle of the Marne, he was severely wounded, and invalided home for several months. He returned to the front in February 1915 and was killed shortly afterwards, falling on April 25th that year, at the 2nd Battle of Ypres.