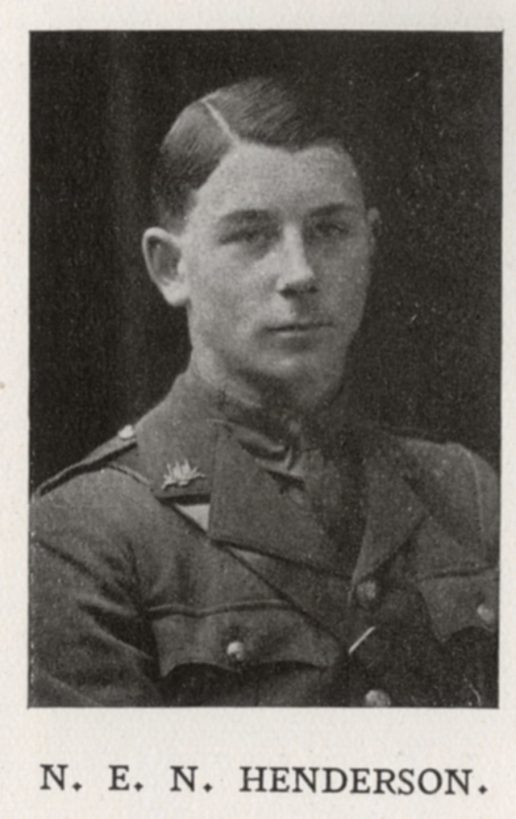 Born on October 31st 1897, Neil was the son of an OA named Nelson Henderson, a publisher and ex-Scotland rugby international, and his wife, Frances. He came to Dulwich in 1910, having previously been at Magdalen College School, Oxford. By 1915 he was a member of the College 1st XV, as well as the cricket 2nd XI, but it was to be his final season, as he left in the early spring of 1916, having been a pupil for almost six years.
From Dulwich Neil went on to Sandhurst, where he undertook several months of training, passing out in October 1916 to take up a commission in the King’s Own Scottish Borderers. He went over to France for the first time the following February, but two months later was invalided home, having been seriously wounded near Monchy-le-Preux. After eight months of recovery, he rejoined his regiment in France in January 1918. On April 11th he was reported missing during the German Offensive, having been stationed at Dieulieu, near Estaires, and was later officially pronounced to have died that day.