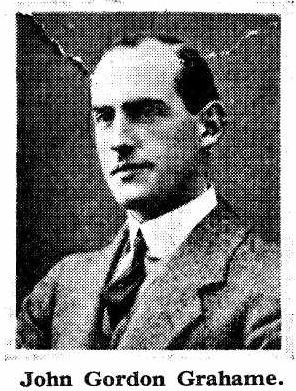 Born 12th March 1885 in Glasgow, John was the son of Thomas and Margaret Grahame. He joined the College in 1899 from Glasgow High School and left a year later whilst a member of the Modern Lower 4th. From October 1902 to September 1914 he worked as a member of staff at Harris and Dixon, shipowners.
On the outbreak of war, John volunteered and joined the Honourable Artillery Company in September 1914. By January 1915 he had been shipped to France and was killed in action near Ypres on 24th April 1915. He was buried behind the trenches of St Eloi near Voormezeele in the grounds of the Chateau of Elsinvelles.