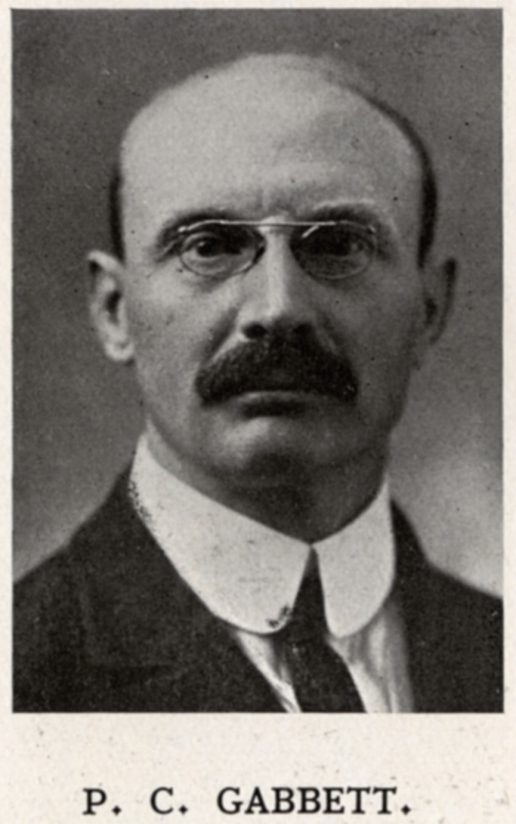 Pulteney was born on October 19th 1868 in Bengal, India, the eldest son of Joseph Gabbett, a Colonel in the Indian Army, and his wife, Emily. He started Dulwich at the same time as his younger brother Alexander and, seven years later, was a member of the 1st XV during his final year at the College. After leaving he went on to study medicine at St. Thomas’ Hospital, becoming a qualified doctor in 1891. The following year he returned to India, where he became a member of the Indian Medical Service, being promoted to Captain in 1895 and to Major in 1904. During this time he served during the operations on the North-Western Frontier in 1897-8, earning the Tirah Medal with two clasps, as well as publishing a book entitled Four Common Surgical Operations in India. He also, in 1901, married Kate Gask, who had three brothers, Walter, Percy and Sydney, who were all fellow OAs. In 1912, when he retired from the I.M.S., he was serving as Professor of Surgery at Madras Medical College and was also First Surgeon in the Madras General Hospital. After stepping down he returned to England and set up a private practice at Ottery St. Mary in Devon.
The declaration of war in 1914 changed things, however, as Pulteney was recalled to India, and once more given a position in the I.M.S., by now with the rank of Lieutenant-Colonel. In late 1915 he was part of the relief force sent to Mesopotamia, and was working there as an operating surgeon when he died after a bout of cholera, on July 11th 1916.

We have no Home Address details for Gabbett, PC. Are you able to help? If so, please contact us.