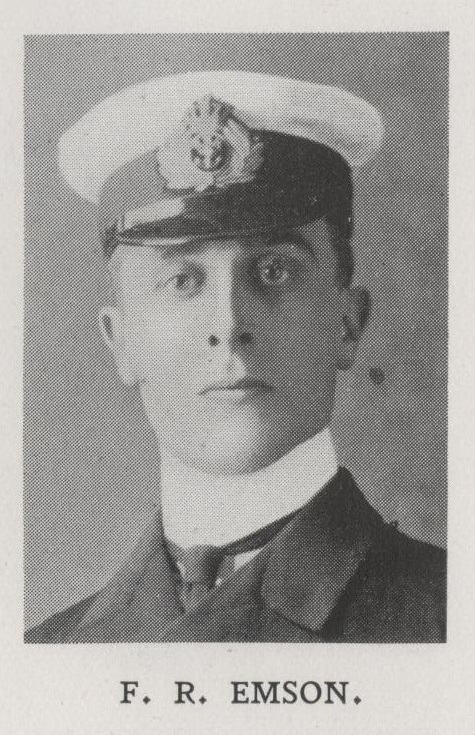 Born on July 5th 1882, Francis was the eldest child of accountant Reginald Emson and his wife, Louise. He joined the College from the Prep at the age of 12, a transition which was later to be made by two younger Emson brothers, Donald and Wilfrid. After leaving Dulwich he trained as an accountant, and had completed his training and was in employment when, in 1904, he also signed up as a volunteer for the Royal Naval Reserve.
Upon the outbreak of war Francis was called up, and in December 1914 was assigned to H.M.S. Clan MacNaughton, which had originally been built as a merchant ship before being hastily refitted to serve as a warship following the declaration. On February 3rd 1915, at around 6 AM, whilst traversing the Atlantic Ocean not far from Northern Ireland, the Clan MacNaughton sent a radio message informing that she was currently experiencing bad weather; it was to be the last time anyone saw or heard from the ship. She is assumed to have been lost with all hands, probably later that day, either due to hitting a mine or sinking in the storm she had reported that morning.