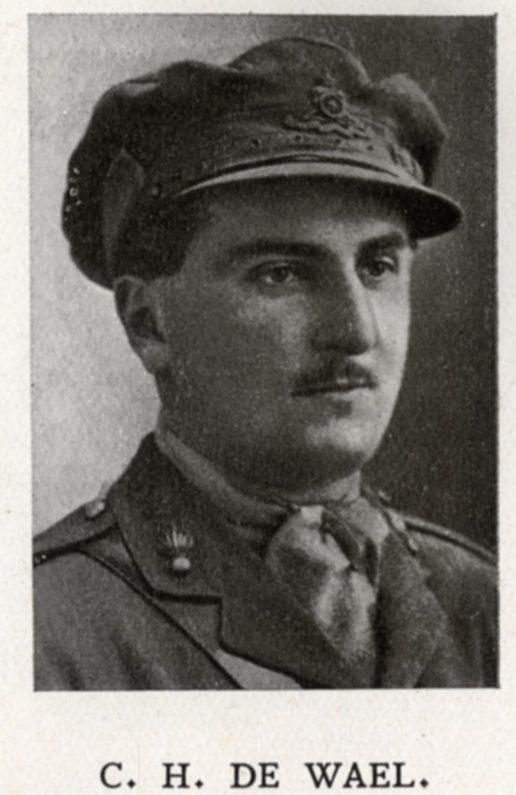 Cecil was born on December 8th 1895, the youngest son of bullion agent Emile de Wael, but the only one with his then wife, Eleanor. He joined Dulwich not long after his fifteenth birthday, and stayed for three and a half years, leaving in the summer of 1914 having lastly been a member of the Modern Remove.
He applied for a commission upon the outbreak of war, and in October of 1914 Cecil was made a 2nd Lieutenant in the Royal Field Artillery. Subsequently he spent a long period of time still in England training, before going over to France for the first time in early 1916, and later that year saw significant action in High Wood, on the Somme. The next year he went on to be involved on Messines Ridge, and later at the third battle of Ypres, before in September being gassed, subsequently spending the next three months in hospital, returning to the front in December. During the German offensive the early part of the next year he was working in ammunition delivery when he was wounded by enemy fire, and his horse killed underneath him. Three days later he was moved to No. 8 Stationary Hospital in Wimereux, where he died on April 6th. 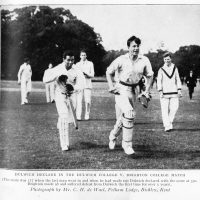