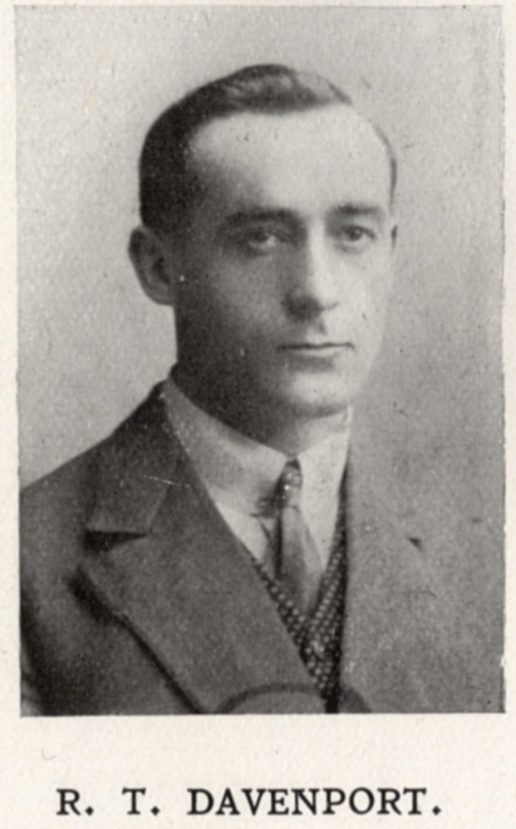 Richard was born on April 23rd 1887, the eldest child of commercial cocoa buyer William Davenport and his wife, Ada. He came to Dulwich aged 14, and went on to spend three years at the College, before leaving from the Engineering Remove; his younger brother William would also go on to attend Dulwich. After leaving he at first went to Argentina, where he worked on railway construction, before spending stints in Uruguay and Sierra Leone, also working on the railways. In 1913 he returned to Uruguay to take up a position with the Public Works Department.
In 1916 he returned to England, and the following year Richard took up a commission in the Royal Engineers. This was short lived however, as he was forced to relinquish this on the grounds of ill health, with a bout of malaria during his previous time spent working in the tropics having left him with a weakened constitution. This left him especially vulnerable to respiratory conditions, and it was a particularly acute bout of pneumonia that caused his death on February 20th 1919.

We have no Memorial Location details for Davenport, RT. Are you able to help? If so, please contact us.