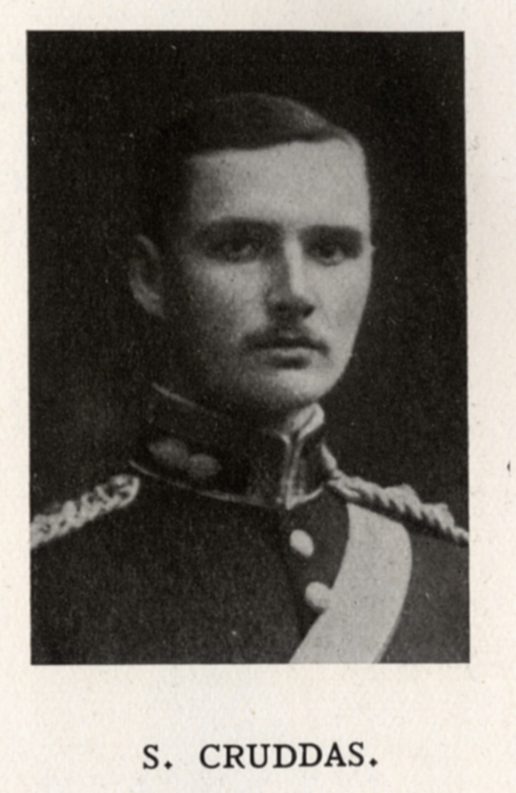 Born on March 10th 1884 in Barnet, North London, Seymour was the seventh and final child of engineer and draughtsman John Cruddas and his wife, Annie, who were originally from Newcastle. He was the only one of the four Cruddas brothers to attend Dulwich, being at the College for the calendar year 1900 – during which time he was a member of the rugby 3rd XV. Directly after leaving, in January of 1901, he took up a commission in the Royal Marine Artillery, being promoted to Lieutenant the following year, and to Captain in 1912.
When war was declared in 1914 Seymour was serving aboard H.M.S. Bellerophon in the North Sea. He remained aboard for the next several years, including seeing action at the Battle of Jutland in the early summer of 1916. On March 6th 1917 he was still serving aboard the Bellerophon when he died suddenly, brought on as a result of the stresses and strains of his duties, and was buried at Lyness on Orkney.