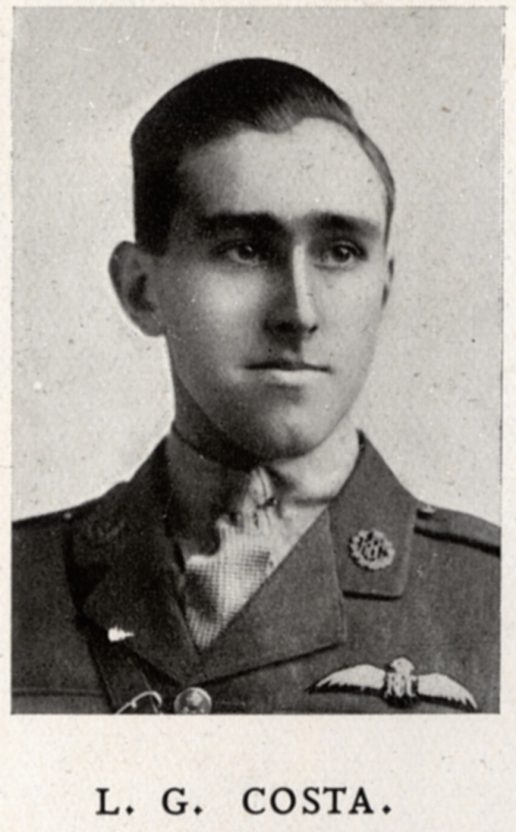 Luigi was born in Kensington on June 4th 1899, the eldest child of food importer Gimo Costa, originally from Genoa in Italy, and his French wife, Marie. He began his education at Stafford College in Forest Hill, and by the time he started at Dulwich in September 1914, alongside his younger brother Rodolfo, the family were living in Sydenham. He was an accomplished cricketer, playing for the 1st XI in his final year, as well as appearing for the 3rd XV at rugby.
In the early summer of 1917 he volunteered as a member of the Royal Flying Corps, at first as a private, before taking his commission in October. Not long afterwards, on November 11th 1917, he was given his aviator’s certificate by the Royal Aero Club, and in the January was given his “wings” by the R.F.C. In March he took up a position as an instructor, one he had not been in for long when, on March 19th, he was killed in a flying accident near East Harling in Norfolk.