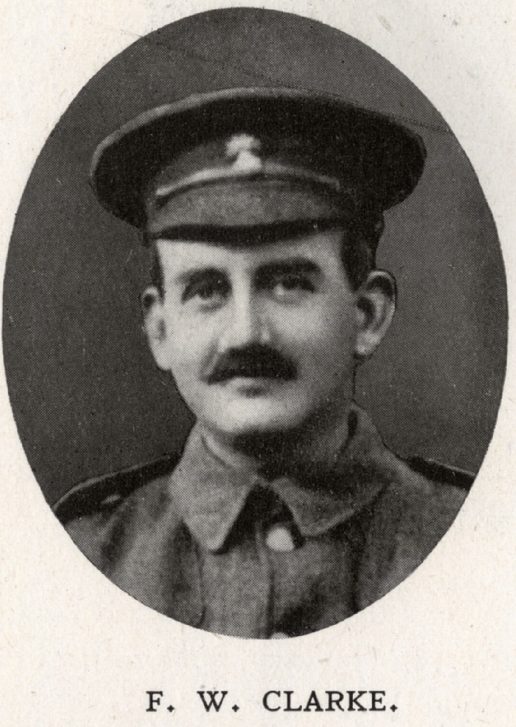 Born on June 30th 1875, Francis was the second son of stockbroker Bennett Clarke and his wife Fanny. Not only was he the second of three brothers to attend the College, but his elder sister Millicent married Arthur Gilkes, Master of the College between 1885 and 1914, meaning he was uncle to four more Alleynians, including another future Master, Christopher Gilkes. He was President of the Debating Society in 1893, as well as being a member of the First XV. After leaving he went on to Jesus College, Cambridge, where he had earned a Classical scholarship, and subsequently became a school teacher; in 1911 he was living and working near Guildford.
After War had been declared, in November of 1914, he volunteered as a member of the Sportsman’s Battalion of the Royal Fusiliers, and spent around a year training in England before he transferred over to France. He had not long been at the front when, in early March 1916, he was badly wounded when serving near Souchez, passing away of wounds in a Rouen hospital on March 12th.