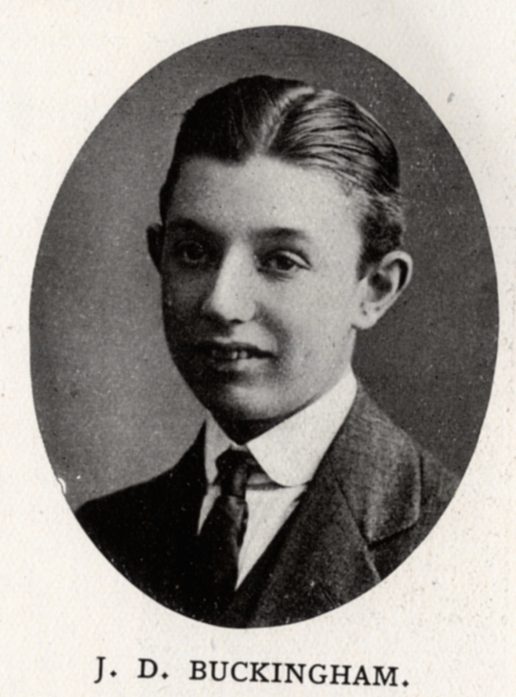 Born on September 10th 1894, John was the sixth and youngest child of milliner Henry Buckingham and his wife Annie, he was however the only one of their three sons to attend Dulwich. After leaving the College he was at first an assistant in a wholesale drapery, before taking up a position working for a soft foods sales company in the City.

He had not been in this position long however when Britain went to War, with John signing up as a member of the Public Schools Battalion. After a year’s training he proceeded to France in the autumn of 1915, and was not long after promoted to Lance-Corporal. Serious wounds sustained at Beaumont-Hamel necessitated being invalided back to Britain, and he died as a result in hospital near Glasgow on March 23rd 1917. 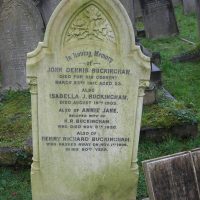