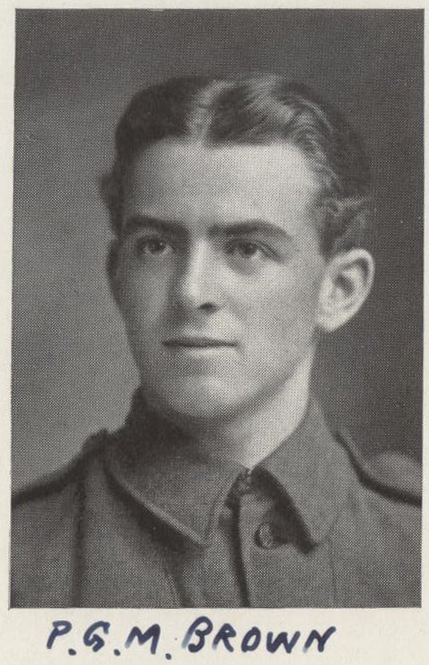 Born 15th October 1896, Philip was the only son of solicitor Frederick Brown and his wife Emily, and grew up in Sydenham. Despite being an only child he was not the only member of his family to come to the College – three cousins, Cyril Brown and Claude & Edward Eastman, also did so. After leaving Dulwich in summer 1913, Philip joined the military early the next year, signing up as a member of the territorial division of the London Rifle Brigade.

As a result he was mobilised upon the declaration of war, and went to France in November of 1914, and, apart from a short spell in hospital with “frozen feet” was in the trenches for the majority of the next six months. On May 3rd 1915, whilst Philip’s battalion was fighting near Ypres, he, despite having himself been wounded, was tending to wounded comrades, when he was killed by a shell blast, aged just 19.