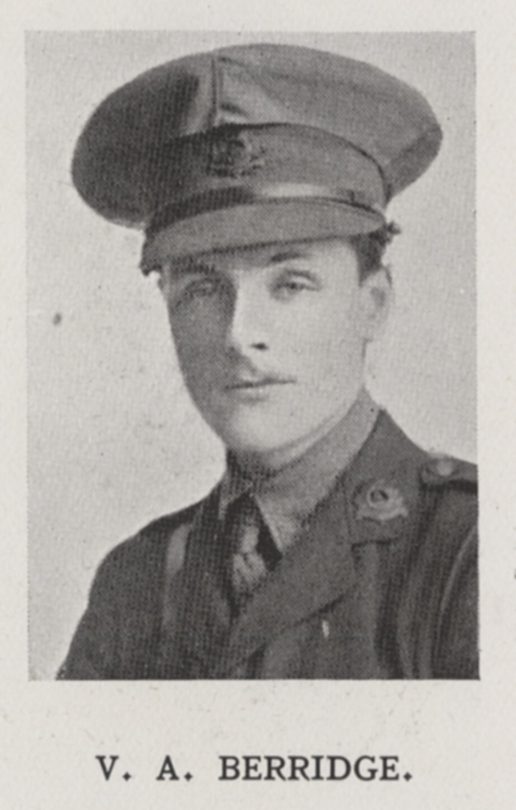 Victor was born on December 16th 1892, the elder of two children of Charles Berridge, a Stockbroker’s Clerk from Balham, and his wife Grace. After having left the College, he was serving as a Junior Clerk when war was declared.

Within days Victor had signed up as a Private in the Northamptonshire Regiment, and in early 1915 was sent to France, remaining there for a year, during which time he was promoted to Sergeant and recommended for a Commission by his commanding officer. In early 1916 he returned to England to take his commission, being assigned to the Bedfordshire Regiment, before taking an opportunity to sign up for the Royal Flying Corps. He spent much of his training at Croydon Aerodrome, earning his wings in January of 1917. The following month he went out to France once more, and was attached to the 34th Squadron. Less than a month later however, on March 6th, he was killed along with his observer, Clifford Lamplugh, when his plane crashed shortly after take-off, having risen less than 200 feet before entering an irreversible nose-dive.