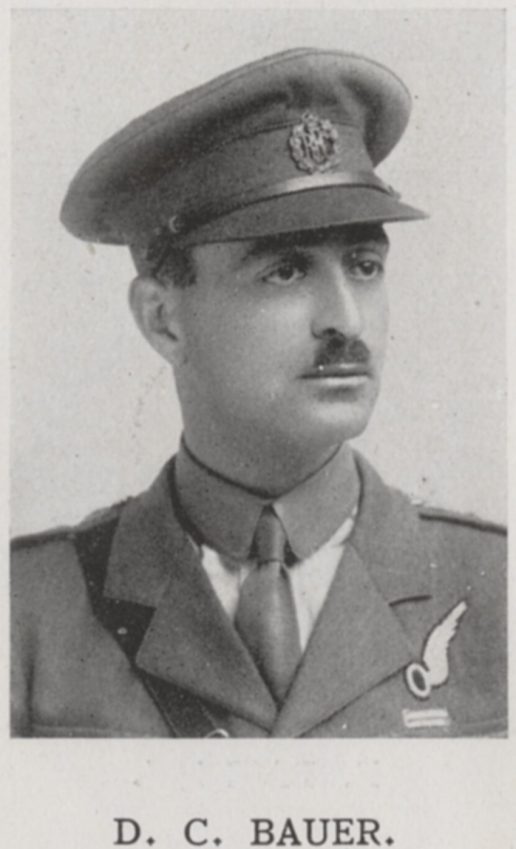 David was born on December 24th 1889 in Sydney, Australia, the only son of Julius Bauer, and spent the early part of his education at the Church of England Grammar School in Melbourne. In the two years he spent at Dulwich he was highly regarded enough to be made a prefect. Upon leaving he returned to Australia where he joined his father’s firm, going on to become their main representative in Western Australia. During this period he was also a member of the Australian reservists and became a noted sharpshooter.

In January 1916 he left Australia to come to England where in April of that year he took a commission in the Royal Flying Corps, and in August was sent to the front with No. 13 Kite Balloon Section, with whom he went through some of the worst of the Somme. Later he was promoted to the command of No. 18 Kite Balloon Section, near Ypres, where he was based throughout 1917, earning a promotion to Lieutenant in June. Not long after the R.F.C. was transformed into the R.A.F. in April 1918, David was awarded the Distinguished Flying Cross, recognising the courage showed by his command under near constant shell fire. Shortly after this he was promoted to Captain and put in command of No. 12 Section, based on the Somme. He was serving there when he contracted pneumonia in October, ultimately passing away from the illness on the 3rd of November 1918. An engineering scholarship at Dulwich was founded in his memory. 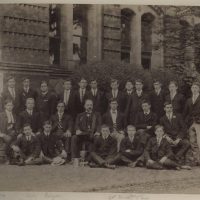 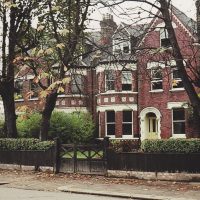