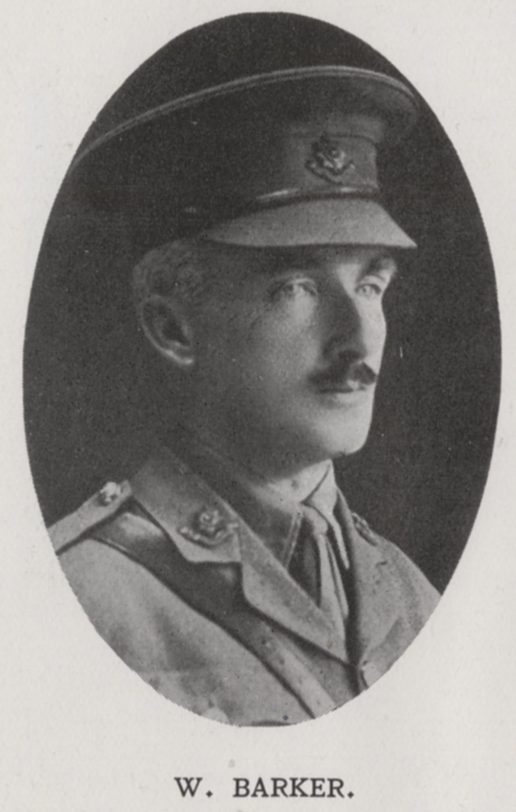 Aboard H.M.H.D. Gascon, off Gallipoli

William was born in Bombay, India, on November 24th 1873, the son of military doctor Frederick Barker and his wife, Kathleen. Before starting at Dulwich he had been at Elizabeth College, Guernsey, and after leaving he went on to Corpus Christi College, Cambridge. In 1900 he joined the army and was gazetted as a 2nd Lieutenant in the Worcestershire Regiment. For the next decade he gradually rose through the ranks, being promoted to Lieutenant and then, in 1908, Captain, whilst serving across the Empire, in Bermuda, Barbados, Malta and Egypt. In 1910 he was promoted to Major while serving as Adjutant of the Standing Camp at Ranikhet in India.

It took time for William to become directly involved in the War, seeing his first significant action in June of 1915, during the assault on Gallipoli. On August 10th he was severely wounded whilst leading his men into action at Suvla Bay and died from wounds aboard the hospital ship H.M.H.D. Gascon five days later, on August 15th 1915.