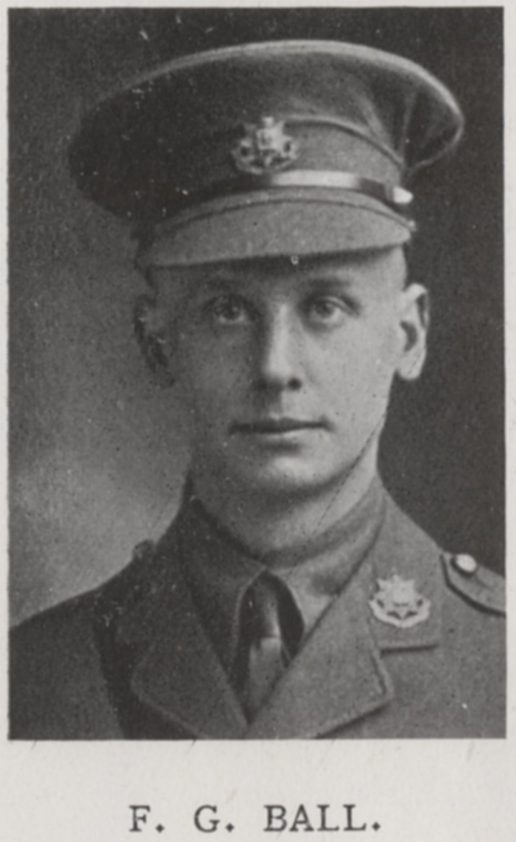 Thiepval Memorial Pier and Face 6 B and 6 C.

Born 13th September 1893, Frank was the fourth child of John Ball and his wife, Eliza, who were residents of Camberwell. He was originally at Alleyn’s before, in 1907, switching to the College where he spent a year before going into the City to join the London Joint Stock Bank.

In October 1914 he signed up as a member of the 16th (Public Schools) Battalion of the Middlesex Regiment and was sent to France, serving as a Private. Early the next year he was recommended for a commission, and in May he took one up, becoming a 2nd Lieutenant in the 3rd Battalion, East Surrey Regiment. In March 1916 he was attached to the 9th Battalion with whom he was still serving when he fell at Guillemont, on the Somme, on August 16th 1916.