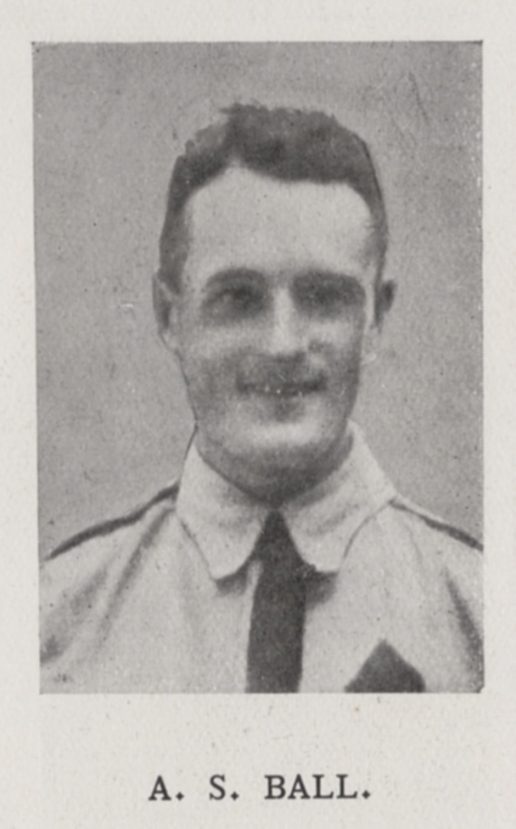 Shirley was born in South Africa on January 29th 1891, the son of William and Frances Ball, and spent the early part of his education there at Diocesan College in Rondebosch. In 1907 he came to Dulwich as a boarder in Blew House, where he made an impact as a sportsman; in 1908-9 he was not only a member of the 1st XV, but also the Captain of Fencing.

After leaving the College he returned to South Africa where he signed up in late 1914 as a member of the Imperial Light Horse, with whom he served in the German South West Africa Campaign. In August 1915 the unit was demobilised and Shirley came to England in order to take up a commission in the Royal Field Artillery, spending the next several months training at Shoeburyness. He went to the Western Front in late 1915, originally in the Ypres sector, before being transferred to the Somme where he took part for the duration of the battle, before returning to Ypres in early 1917 where he saw service at Menin Ridge and Passchendaele. He had hardly spent a day away from the trenches in over 18 months when, on August 16th 1917, he was killed whilst acting as a Forward Observation Officer during an attack at Langemarck.