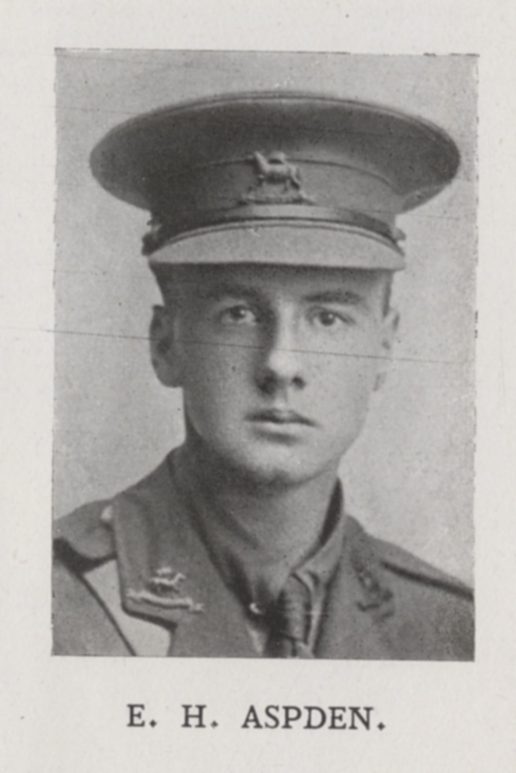 Born March 17th 1897, Ernest was the younger son of Hartley Aspden, a journalist and author. When he left the College he had offers to attend both London and Oxford Universities, but turned both of them down because of the ongoing War. He was, however, required to undergo a major aural operation before he was able to join up.

Once he had recovered, Ernest was posted to a training battalion based in Scotland before taking up his commission in the West Surreys in July 1916. A month later he was in France, beginning a highly intensive period spent mostly on the front lines, including a winter spent almost entirely within sight of the village of Bapaume. On April 9th 1917 he was shot and killed whilst leading his men at the Battle of Arras.