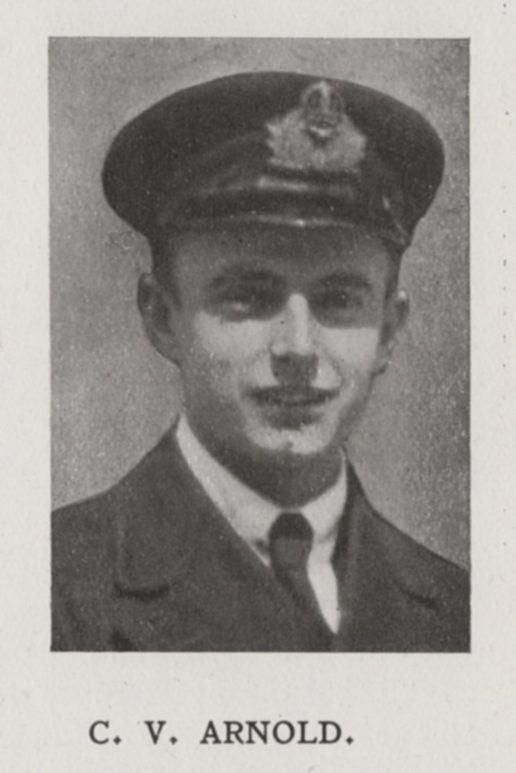 Charles was born on July 1st 1894, the son of Ernest Arnold, a renowned military doctor. Whilst at the College he was a particularly keen cricketer, going on to be a member of the 1911 1st XI. His zenith came during a match against R.B. Firth’s XI, where not only was he part of a school record-breaking opening stand of 340 alongside future West Indian test player Karl Nunes, – a record which still stands – but his score of 171 also broke the then-current school record for the highest individual innings. After leaving Dulwich he took a science degree at South Kensington College, part of London University, graduating with first class honours.

When war began he at first joined the Honourable Artillery Company but by March 1915 he had transferred to the Royal Naval Air Service and was training as a pilot. He spent most of 1916 working in the Eastern Mediterranean against the Turks where he became particularly renowned for his ability at aerial photography, as well as teaching flying to the local Greek pilots. In May 1917 he returned to England to accept the post of Instructor at Chingford Naval Aerodrome. Having survived many close calls, particularly one in 1915 where he was rescued from the sinking wreckage after his plane had come down in the sea twelve miles off Littlehampton, on August 16th 1917 his luck ran out; whilst out on a training flight his plane was brought down by engine trouble, killing both Charles and his pupil, one Flight Officer Forman.