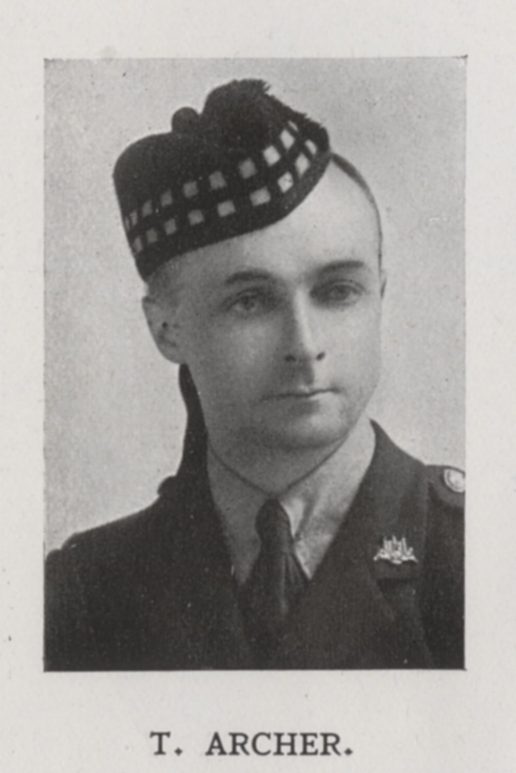 Thomas was born on 2nd August 1885, the only son of theatre critic William Archer and his wife, Frances. He had a distinguished Dulwich career, serving as President of the Debating Society and an editor of The Alleynian, as well as spending four years in the Shooting VIII, the last of them as Captain. Most notably, he was also Captain of the School for two years between 1902 and 1904. After Dulwich he went to Christ Church, Oxford, taking a second in Classical Moderations before graduating with a law degree in 1908; whilst at Oxford he continued to shoot competitively, earning a blue for representing the University. After leaving Oxford he became a solicitor in London as well as a keen member of the London Scottish Territorials, shooting for the regiment at Bisley on several occasions.

In early 1914 he had gone to New York for work but upon the declaration of War caught the first boat back to England and re-joined the London Scottish, being posted to France in September 1914. In January 1915 he was awarded a commission in the Army Ordnance Corps, a position which kept him in England; by summer of 1916, however, with little end to the war in sight, he felt it was his duty to return to the front, and transferred to the King’s Own Scottish Borderers. In December 1917 he was wounded near Warlencourt on the Somme and whilst recuperating in Scotland married Alys Morty in February 1918. Shortly after this he returned to the front and on April 25th was declared missing after leading his men in an attack on Mont Kemmel. His body was discovered and buried three days later, on April 28th. 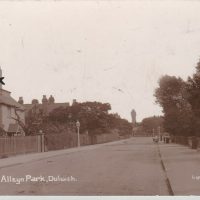