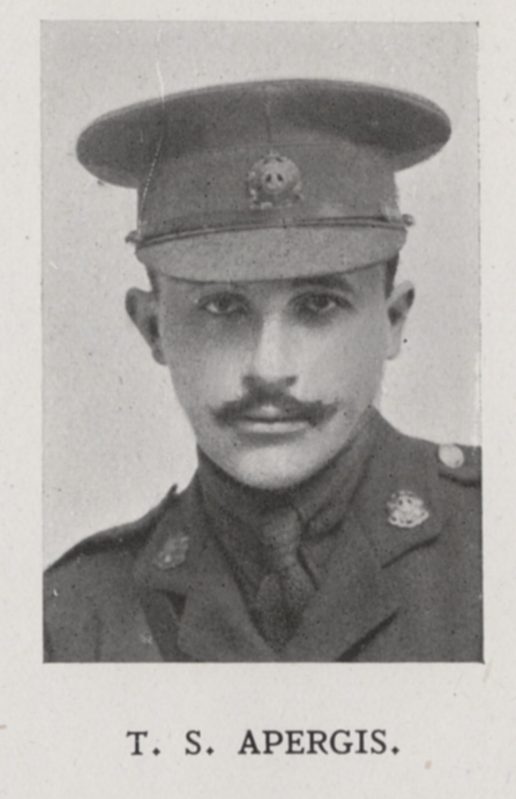 Tasso was born on June 21st 1888 in Athens, the son of Petros Apergis, a captain in the Greek army, and his English wife, Emily. His early education took place in Greece, however, by the time he started at Dulwich the family were resident in Upper Norwood, and two younger Apergis boys would also go on to attend the College.

He joined up in June 1915 as a Rifleman in the Artists Rifles, before, in November the same year, earning a commission with the 10th Battalion of the London Regiment. In July 1916 Tasso was sent to France and attached to the 1st Queen’s Westminster Rifles with whom he was still serving on September 10th at Leuze Wood, near Combles. Having been wounded, he refused the opportunity to be evacuated until the wounded men of his platoon had been taken away, and, while this was taking place, he was hit once more, this time fatally.