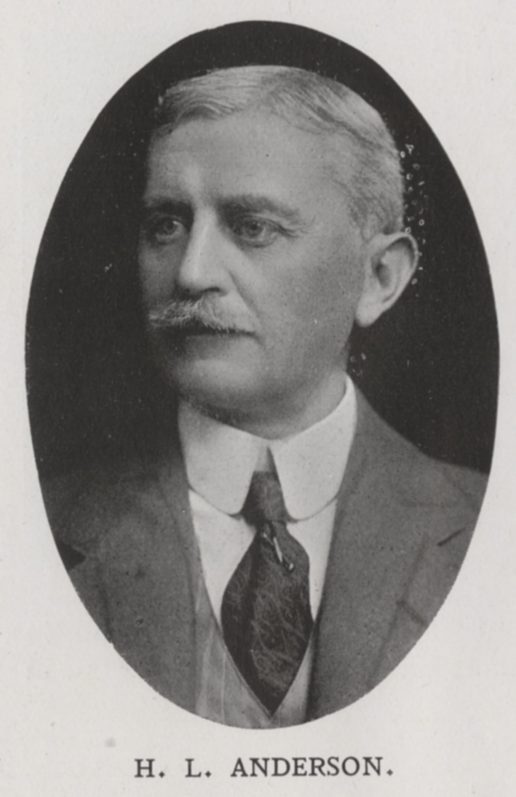 Born 2nd June 1867, Henry was the son of Major-General Robert Anderson, and joined the College at the same time as his younger brother, Charles. He was a member of the 1882 2nd XV, before leaving Dulwich to serve on the Merchant Naval training ship H.M.S. Worcester. He abandoned this career a few years later, however, entering Sandhurst in 1887 and subsequently being posted to Quetta in India a year later. He was to remain in India for the next quarter-century, holding positions in, amongst others, Lucknow, Calcutta, Allahabad and Bhopal. During this period he was also promoted on a regular basis, being made a Lieutenant in 1890, a Captain in 1899 and a Major in 1906 before, in the summer of 1914, he was promoted to Lieutenant-Colonel.

When war was declared he was home in England on leave, and immediately set sail to join up with the Indian Expeditionary Force, linking up with them in Egypt before landing at Marseilles on the 26th September 1914. He was in command of the 9th Bhopal Infantry during the Battle of Neuve Chapelle on October 28th,and died the next day of wounds received at Vieille Chapelle.