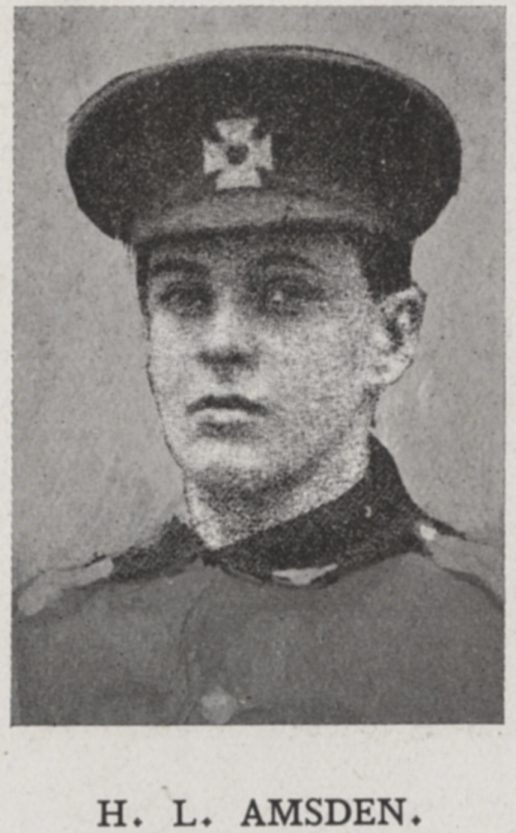 Born 7th January 1889, he was the second son of Ernest and Emma Amsden. Hugh came to Dulwich from Eastbourne College in 1905, very much beginning a family trend as not only did his two younger brothers also attend the College, three cousins did too, and his sister married a second-generation O.A. Whilst at the College he was a boarder, spending time in both Blew and Ivyholme, and in 1907 was a member of both the Shooting VIII and the Rugby 2nd XV. Upon leaving the College he trained as a chartered accountant and, upon qualifying, joined Olney, Amsden & Sons, his father’s firm.

Hugh signed up with the Queen’s Westminster Rifles almost instantly upon the start of hostilities and was soon sent over to France. He was killed on May 27th 1915 near Albert while helping a wounded comrade leave the trenches. 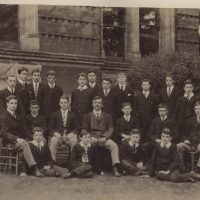