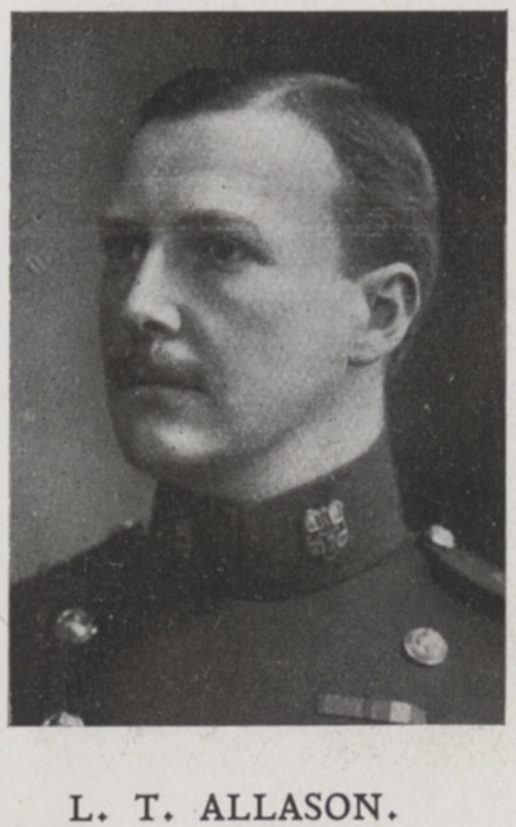 Lionel was born on 3rd February 1877, the fourth son of Alfred Allason, a retired naval officer. During his short time at Dulwich he was a boarder, living in Ivyholme. He was in the army during the Boer War, originally serving as a Station Staff Officer with the East Lancashire Regiment, before becoming a 2nd Lieutenant with the North Lancashires in July 1901 whilst still serving in Southern Africa. In the course of the conflict he earned the King’s Medal and Queen’s Medal, both with two clasps. He remained in the army after this, being promoted to Lieutenant in 1904 and to Captain in 1912; around the latter year he also became a fully qualified German Interpreter.

Lionel was a member of the first British Expeditionary Force which went to France in the late summer of 1914 and was killed at Vendresse on October 7th. His gallant and distinguished service earned him a posthumous Mention in Dispatches.