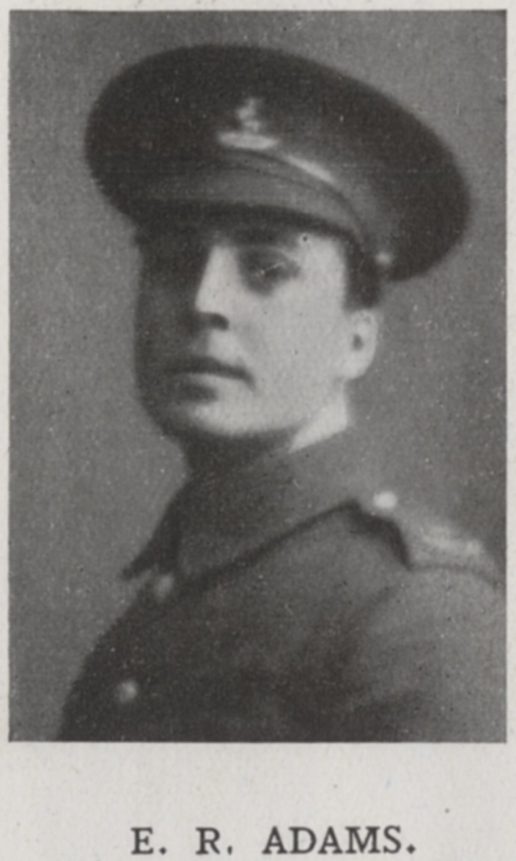 Born February 20th 1897, Edwin was the eldest son of printer Henry Adams and his wife, Minnie. In 1913 he had signed up as a member of the Territorial Army whilst still at the College and when war was declared the following summer he left Dulwich in order to sign up with the 20th Battalion, London Regiment.

He went to France in March of 1915 and served at Festubert, Givenchy, Loos, and on the Somme before, in early 1917, transferring to the Third Army Corps Cyclist Battalion. It was whilst serving in this capacity that he fell later that year, on September 15th near Epehy.