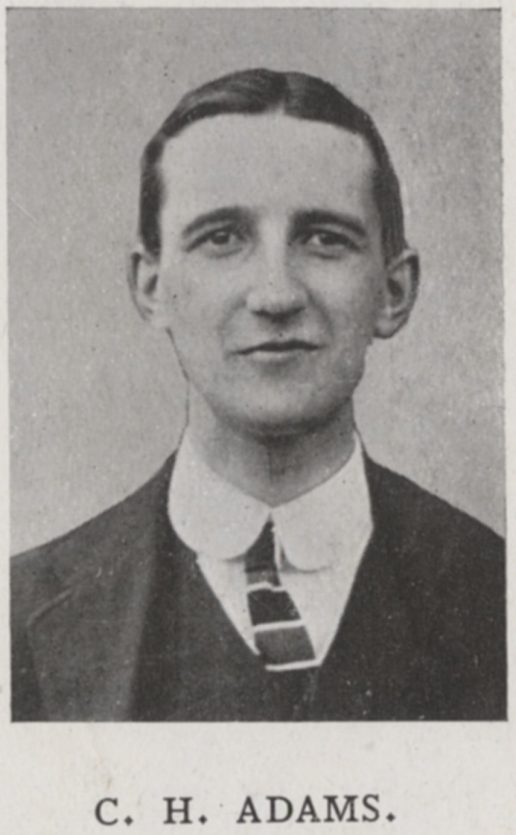 Caleb was born on January 6th 1886, the third of four sons of jeweller John Adams. He joined the College at the same time as his elder brother Sidney, and after leaving began work as an assistant in his father’s jewellery business.

After the outbreak of War he joined up with Queen’s Westminster Rifles, going across to France in August 1915, before being badly wounded at Ypres in December. After leaving hospital he transferred to the Artists’ Rifles, a regiment in which all three of his brothers also served, before taking a Commission in the Queen’s Royal West Surreys in summer of 1917. It was whilst serving with this regiment that he was killed, near Ypres, on September 20th 1917, aged 27.