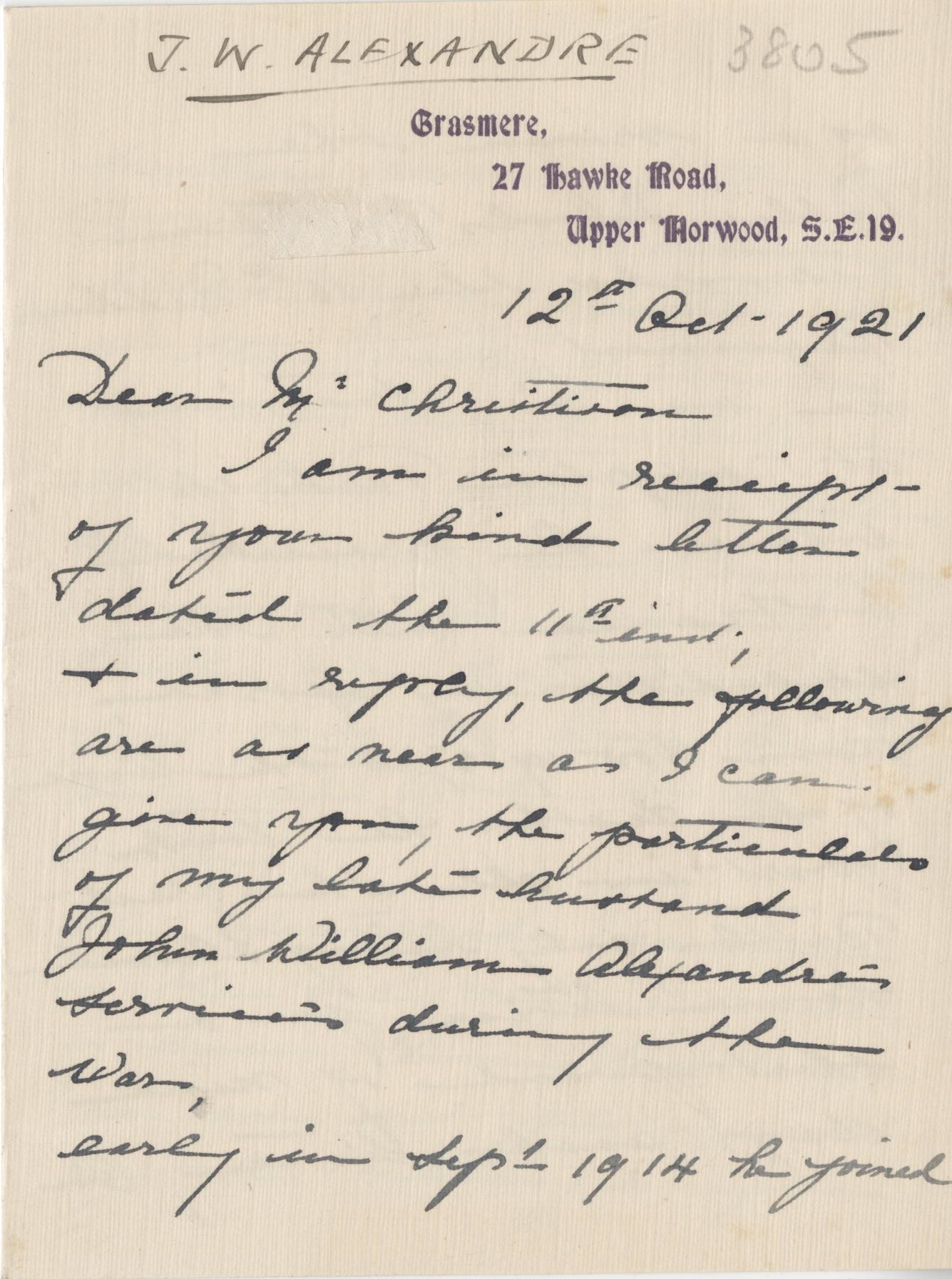 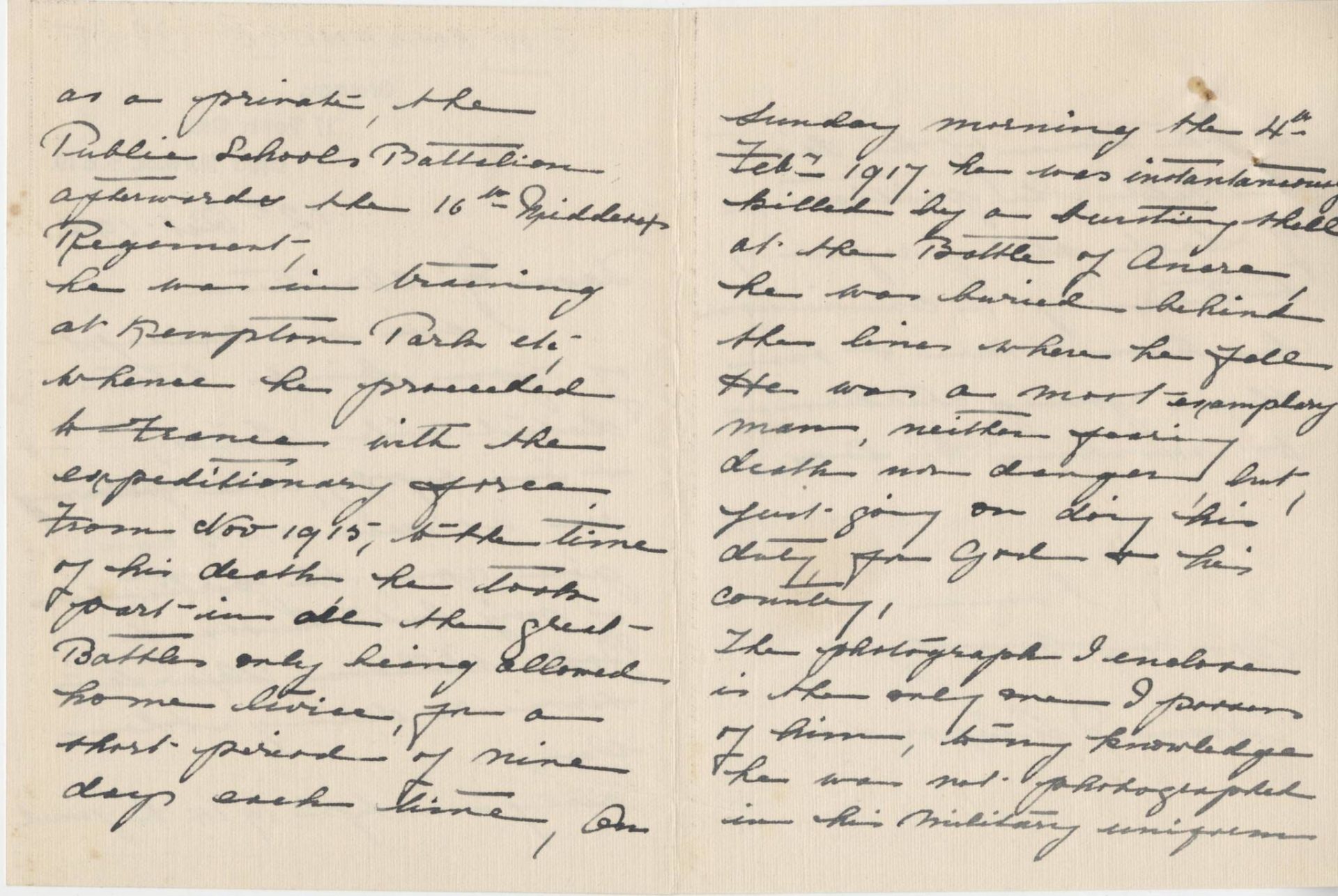 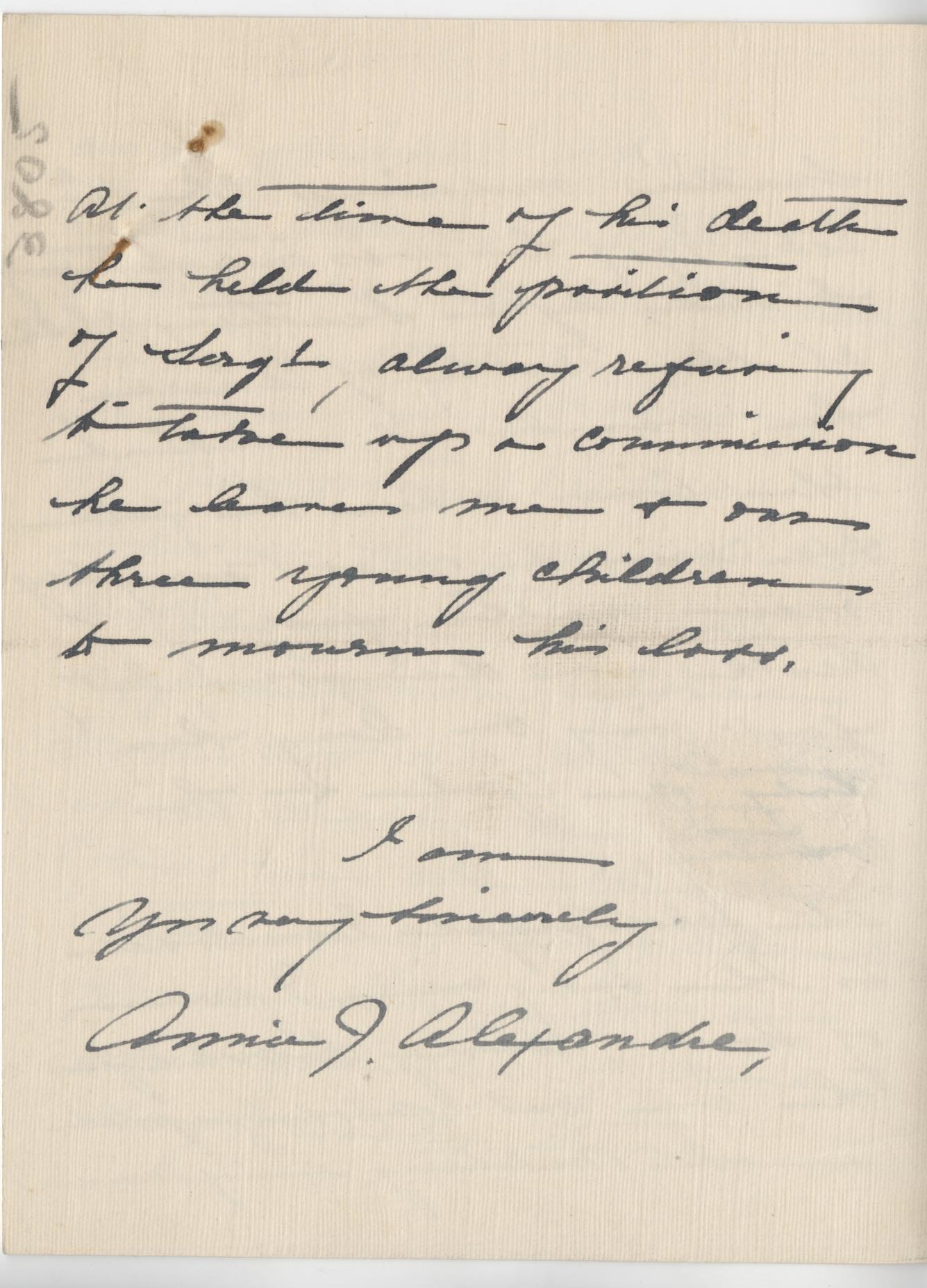 I am in receipt of your kind letter dated the 11th inst., & in reply, the following are as near as I can give you, the particulars of my late husband John William Alexandre’s service during the War.

Early in Sept. 1914 he joined, as a private, the Public Schools Battalion afterwards the 16th Middlesex Regiment.

He was in training at Kempton Park etc., whence he proceeded to France with the expeditionary forces. From Nov. 1915, till the time of his death he took part in all the great Battles only being allowed home service, for a short period of nine days each time. On Sunday morning the 4th Feb. 1917 he was instantaneously killed by a bursting shell at the Battle of Ancre. He was buried behind the lines where he fell. He was a most exemplary man, neither fearing death nor danger, but just going on doing his duty for God & his Country.

The photograph I enclose is the only one I possess of him, to my knowledge he was not photographed in his military uniform. At the time of his death he held the position of Sergeant, always refusing to take up a commission. He leaves me & our three young children to mourn his loss.