Back to Wood, HGW 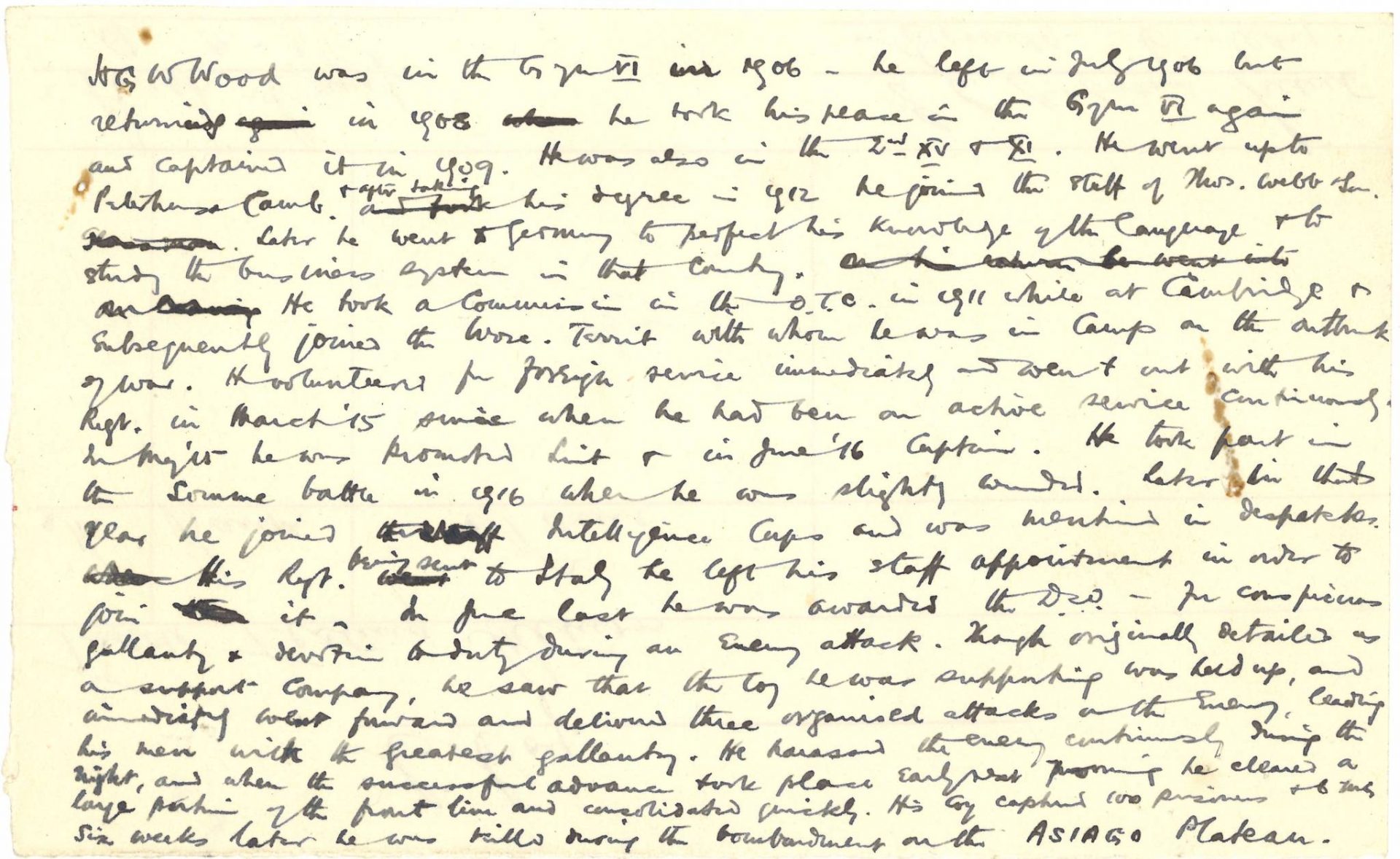 HGW Wood was in the Gym VI in 1906 – he left in July 1906 but returned again in 1908 when he took his place in the Gym VI again and captained it in 1909. He was also in the 2nd XV & XI. He went up to Peterhouse, Camb. and after taking his degree in 1912 he joined the staff of [Mr. Webb & son?] glassmak. He took a commission in the O.T.C. in 1911 while at Cambridge & subsequently joined the Worcs. Territ. with whom he was in camp on the outbreak of war. He volunteered for foreign service immediately & went out with his Regt. in March ’15 since when he had been on active service continually. In May ’15 he was promoted Lieut. & in June ’16 Captain. He took part in the Somme battle in 1916 when he was slightly wounded. Later in that year he joined the staff Intelligence Corps & was mentioned in despatches. Where His regt. being sent to Italy he left his staff appointment in order to join them it. In June last he was awarded the D.S.O. – for conspicuous gallantry & service to duty during an enemy attack. Though originally detailed to a support company, he saw that the Coy. he was supporting was held up, and instantly went forward and delivered three organised attacks on the enemy, leading his men with the greatest gallantry. He harassed the enemy continuously during the night, and when the successful advance took place early next morning he cleared a large portion of the front line and consolidated quickly. His Coy. captured 100 prisoners & 6 M.G.s. Six weeks later he was killed during the bombardment on the ASIAGO Plateau.