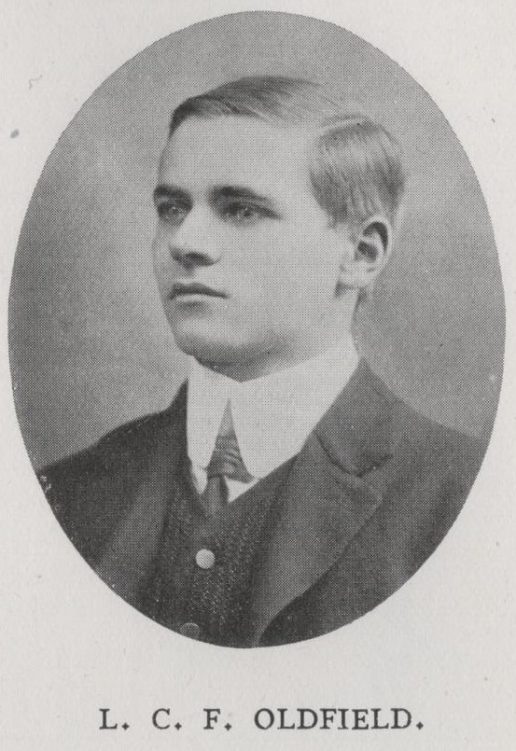 Born on July 30th 1884 in Winnipeg, Manitoba, Laurel was the son of English-born grocer Leonidas Oldfield and his Canadian wife, Kate. By the time he started at Dulwich in September 1899, he was resident in London and went on to be at the College for the next four years. He earned a scholarship in 1901, and the following year served as Secretary of the Science and Photography Society. After leaving in the summer of 1903 he went up to Lincoln College, Oxford, where he earned a 2nd Class in Natural Sciences, and also frequently played lacrosse for the university. After graduation he studied law at the Inner Temple, and in 1910 was called as a barrister. Shortly afterwards he had a book published, entitled The Law of Copyright, and was also at this time a Fellow of the Chemical Society.

On the outbreak of war in the summer of 1914, Laurel enlisted in the Inns of Court O.T.C., and went on to take a commission in the Rifle Brigade. He was promoted to Captain and went over to France with his unit in July 1915, spending the next two months on the front line. On September 25th 1915 he was killed in action during the battle of Loos, one of nine OAs to die that day, making it the College’s worst day in terms of losses, not just of the war, but in its entire history. In his honour was founded the Oldfield Scholarship at Lincoln College, for those with the intention of becoming barristers after leaving Oxford.