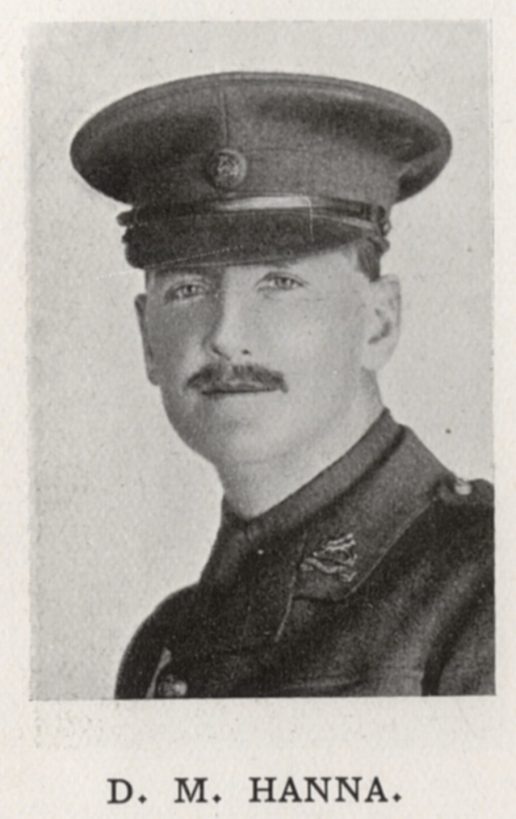 Douglas was born on April 13th 1873, the only son of Scottish-born East India Merchant Harry Hanna and his wife, Jessie. He spent six years at the College, between 1882 and 1888, leaving whilst a member of the Modern Upper 4th. After Dulwich he became a clerk in the tea company Gow, Somerville & Co., and between 1890 and 1894, whilst based in London, he was also a member of the London Scottish Volunteers. In 1894 he left London, going over to work in the tea industry in Colombo, on the island of Ceylon – modern day Sri Lanka. While there he became heavily involved in sporting life on the island, regularly representing Colombo at both rugby and hockey, as well as being an enthusiastic member of the Colombo Rowing Club. He also continued to be a military reservist, being involved in the raising of the Town Guard of Colombo and was in charge of the Machine Gun Section.
At the end of 1914, having been based in Colombo for just over two decades, Douglas returned home, via Sydney, in order to offer his services for the war effort, arriving back in England on January 25th 1915. Within short order he had signed up, and as a result of his considerable experience as a reservist was granted a commission as a Captain in the Berkshire Regiment, with whom he went to the front that August. Shortly afterwards however, on September 25th, he was killed in action during the Battle of Loos; he was one of nine OAs to fall that day, the most of any day in the entire war.