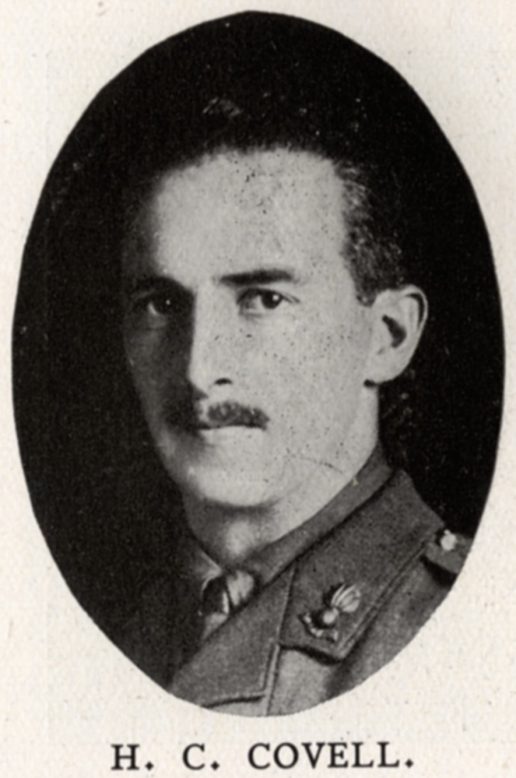 Howard was born on August 27th 1881, the second son of butcher and meat salesman James Covell and his wife Kate. He followed his elder brother Frank in coming to the College, and after leaving took up a position in the family business, a butcher’s and meat seller’s based out of Smithfield.
Upon the declaration of War he joined an Officers’ Training Corps, and in short order obtained a commission in the Royal Field Artillery. Having been attached to the Mediterranean Expeditionary Force, Howard was sent to Egypt, and was serving near Suez when he was struck down by a severe bout of dysentery. After recovering he and his unit were sent to Gallipoli, where at one point he was the only officer in his battery not to have been killed or wounded. After the retreat from Gallipoli he was sent to Mesopotamia, and was part of Sir Percy Lake’s force involved in the relief of Kut when, on June 26th 1916, he succumbed to a fever.